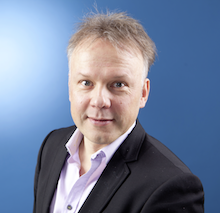 Petri Kokko is currently Director BRANDS and Consumer Markets at Google Germany GmbH. Before that, Kokko had held different sales positions at Google e.g. as Director Agency where he was also responsible for the commercialization of YouTube in Germany and as Director Retail. Prior to that, Petri worked as Global Director for Learning and Development at Google in Mountain View.

Petri Kokko is also known as a former Finnish figure skater. Kokko and his skating partner won the gold medal at the 1995 European Figure Skating Championships, the silver medal at that year’s World Figure Skating Championships and competed in the Winter Olympics twice. During his 18 years career as a professional athlete he performed live for over 2 million people in 4 continents. Kokko has two kids.