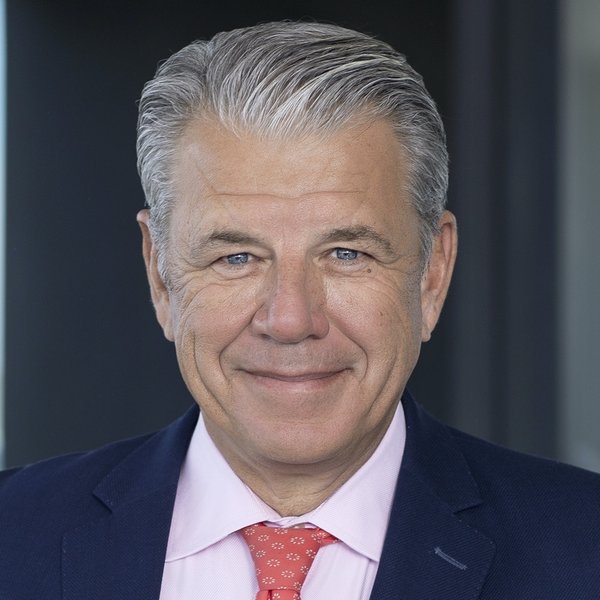 Hikmet Ersek has more than 36 years of executive experience in financial services.

Ersek joined Western Union in 1999 and until 2010 he was responsible for international expansion of Western Union in Europe, Africa, and Asia. In 2010 became CEO of the company (NYSE: WU). Founded more than 170 years ago, Western Union has become under Ersek’ s leadership one of the world’s most global companies, serving more than 150 million customers in 200 countries, with a diverse base of frontline associates in 500.000 agent locations, 12000 employees speaking more than 75 languages. Hikmet Ersek successfully diversified and evolved Western Unions business portfolio to become a global digital payments company. After 21 years as a global Senior Executive and 11 years as CEO and Board Member, Ersek announced his retirement from Western Union by end of 2021.

Hikmet Ersek is currently Supervisory Board Member of Erste Bank Holding (EBS.VI). The EU-Bank is headquartered in Vienna, with over 300 billion Euros of total assets, has 16 million customers and 45.000 employees and operates in 7 counties.
Additionally, he also advises University of Economics and Business in Vienna as Corporate Board Member.

He began his global career in financial services in Europe when he joined Europay/MasterCard in Austria in 1986.

A decade later in 1996, he joined General Electric (GE) Capital as Business Development executive, he also represented the GE Corporation as the National Executive for Austria and Slovenia. During his GE career he became also a certificated 6-Sigma leader for process and efficiency improvements.

Since 2015 he has been serving as the Austrian Honorary Consul in the USA. Responsible for Colorado, Wyoming, New Mexico.

Hikmet Ersek enjoyed a short career as a semi-professional basketball player in Europe prior to his private sector experience.

Ersek holds a Master's (Magister) degree in Economics and Business Administration from the University of Economics & Business in Vienna, Austria.

A citizen of Austria & Turkey and resident of USA, Ersek draws on his international background. He is passionate about building trade-, economical- and cultural bridges between nations. He speaks out publicly for the rights of migrants and refugees worldwide and is frequently quoted by major global media outlets on business and societal topics such as migration, education, digital payments, digital currency, anti-money laundering, global regulatory policies & compliance programs, and business transformation.

Awards and Recognitions
• 2019, Ersek received the Global Economy Prize in Business from Germany-Kiel Institute for the World Economy for his international economic and social influence on global issues.
• 2019 he was bestowed with the Decoration of Honor for his meritorious services to the Republic of Austria by the President of Austria
• 2018 he was the recipient of the Best FinTech CEO by FinTech Breakthrough Awards, USA
• 2018 he was honored as Manager of the Year 2018 by his Alma Mater, University of Economics, Vienna.
• 2016, Ersek was awarded Austrian of the Year by Die Presse (an established Austrian newspaper)
• 2012 Hikmet Ersek has been publicly recognized for his commitment to community and corporate responsibility, including as Corporate Responsibility (CR) Magazine’s Responsible CEO of the Year, USA